Luckily, no major pranks were played on me :) However, we did have a little joke around. We locked one of our teachers out the classroom at school today when they went out to get something :) (don't worry - it was a nice teacher who thought it was funny) and then we went and crashed a Physics lesson opposite us by running in and doing the conga around the room ;) Then, we told a friend that the head of sixth form wanted to see her about her poor economics grades. She was really panicky and started running off to the head's office before we shouted April fool ;) 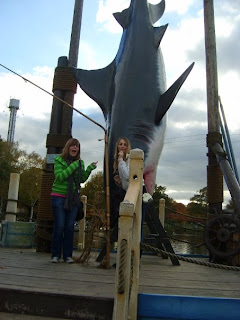 i heard a good prank on the radio this morning though. Every year on April 1st, a woman goes to the bathroom then starts shouting to her husband that there is a leak in the toilet. He comes running and there really is a LEEK in the toilet :) HA

My best april fools memory is from the good old days of primary school :) Our teacher had sewn all of our PE kits together on our pegs so there was a big chain of pe kit :) The effort he put in :)

anyone get pranked???
xxxx