January 17, 2013
This year, I have been trying to save money by almost going on a 'No Buy Month', mainly to save money and simply because I have so much stuff that realistically I don't need anything. I have actually surprised myself with how well i've been doing. Today is the 16th and excluding food and bills, I have spent a total of £4.97 with a bit of cheating/bending the rules.

Firstly, I have avoided going to the shops. Usually Saturday's are my shopping day and i'll buy endless amounts of clothes and make up simply because I want to. I still want to but staying away from the shops has meant i've sorted my room out and rediscovered old things.

My cheat day happened because I had ran out of foundation. I have used Revlon Colorstay for probably two years plus and I love it but I wanted a foundation without SPF for those shots where the flash makes me as white as a ghost.

I headed to Boots accompanied by my £20 gift card that I got for Christmas and my Advantage Card points totalling:

I decided on Bourjois Healthy Mix Serum.  It was on offer for £7.99/799 Boot's points and was Product of the year 2011.  I got shade 51 light vanilla. So far, I like how natural it looks but I prefer foundations with a higher coverage so i'll probably go back to Revlon Colorstay after using this up.

I have had really knotty hair recently and I don't know why. I was sceptical about the Tangle Teezer as it doesn't look that special but after a few positive recommendations I decided to try it. I got the compact one with a lid for about £12/1200 Boot's points. There is actually a bigger one that is cheaper but I liked the pink and black one. I was tempted by the leopard print one! I'm not sure where the theory is behind this but it actually works. 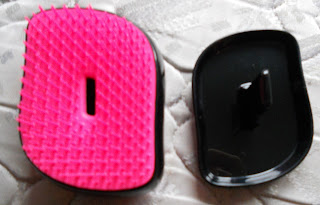 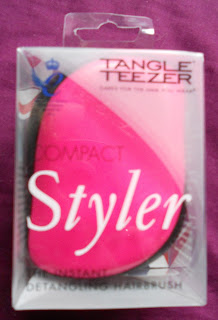 I would like to get my teeth whitened professionally but I am worried about what the long term effects would be. This set probably isn't the best for your teeth either though. This was reduced from £30 to £15 and then, it scanned through at £8.16 at the counter. A strange figure! I haven't used this yet as you have to mould the 'gum shields' to your teeth. 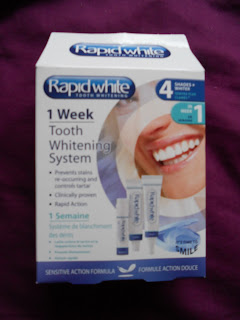 Next stop, Superdrug. I went to Superdrug as I had read that they had the Batiste dry shampoo on offer for £1.50. Unfortunately this offer wasn't on so I decided to try their own brand as it was on buy 1 get 2 free. So only £1.99 for 3. I am missing my Batiste though, this definitely doesn't have the same effect whatsoever :( 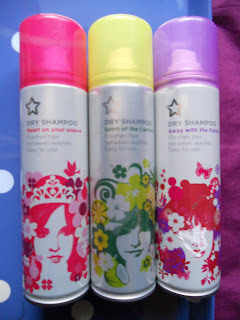 Finally, I had a £5 voucher for H&M that I was given after Christmas when I got Ryan some trousers. Who can resist a free £5? 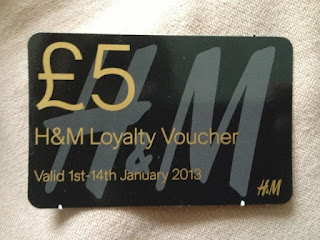 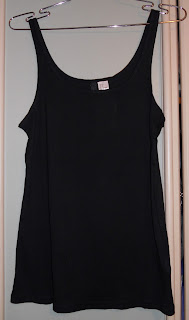 How are you all getting on?