November 03, 2013
I first swatched this Maxfactor Whipped Cream Foundation at the Merry Hill Autumn/Winter Event. It was based on the Maybelline Dream Matte Mousse Foundation but better. 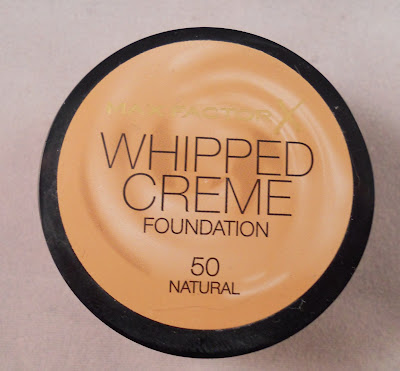 The Maybelline Dream Matte Mousse was one of the first foundations I can remember using at school. I'm pretty sure that it probably made me orange and broke me out but I carried on using it anyway. Maxfactor wanted to create a mousse foundation but overcome the downfalls of Maybelline.
Maxfactor have made their mousse hydrating which was a problem with Maybelline as it was drying and cakey. 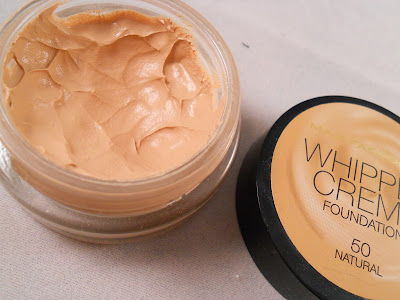 On first impressions the texture was really nice and I originally swatched the ivory shade. Straight after the event, me and Clare went to Superdrug and Clare picked it up straight away and managed to get it on offer at £7.99 rather than it's retail price of £9.99.

I went home and tried a few sachet samples that I had of it over the next couple of days. Then, I was sold and ended up going to Boot's to buy it. The sachets that I tried were in the shade 50 natural so I decided to try that one.

It has a demi-matte finish and is actually really buildable which is good, especially if you prefer a high coverage foundation. I've been applying it with my fingers and it does feel weightless on the skin.

Have you tried this foundation?